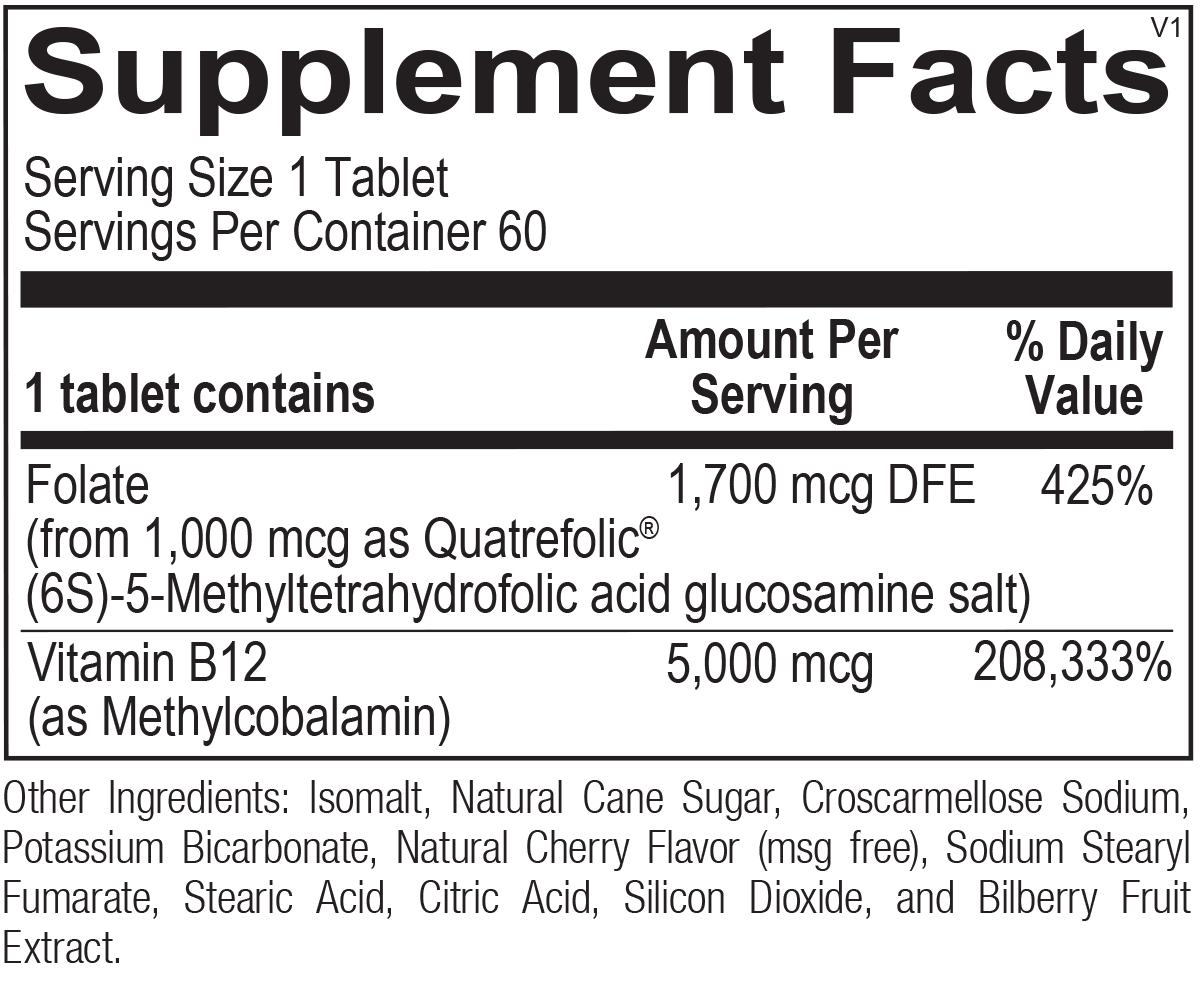 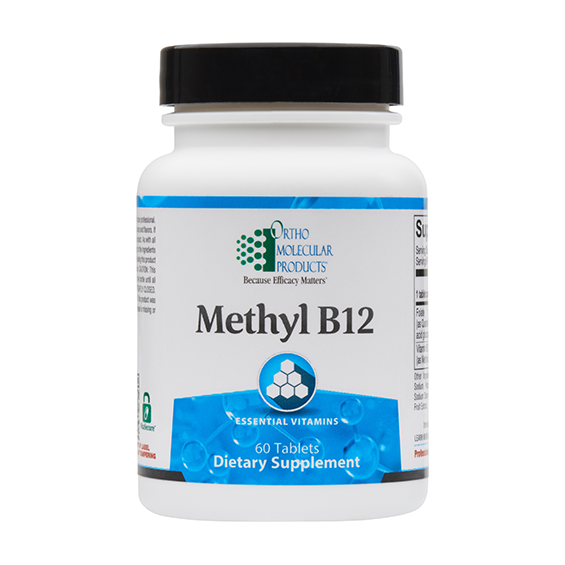 Vitamin B12 works along with folate in many body processes, including increasing metabolic energy and red blood cell production, supporting mood regulation and cognitive function, up-regulating methylation, increasing DNA synthesis and repair, and supporting the formation of the protective myelin sheath, the insulating exterior that speeds up nerve cell transmission.

This formulation of Methyl B12 includes a concentrated and bioavailable source of two key B vitamins: B12 and folate. Each tablet provides 5,000 mcg of methylcobalamin and 1,700 mcg of folate as Quatrefolic® -100% 5-MTHF. This synergistic blend of methyl-donating B vitamins quickly boosts tissue and brain levels to support numerous systems in the body. Because of its ability to increase the production of neurotransmitters and nerve cell transmission, B12 has also been shown to improve cognitive function.

Font Resize
Contrast
Accessibility by WAH
Call Us Text Us