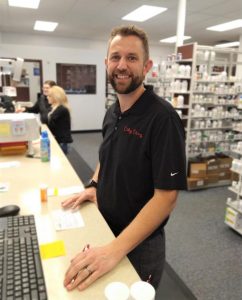 Andrew Cannon started in pharmacy at just 17 years old. He did his undergraduate work at BYU and attended Roseman University of Health Sciences School of Pharmacy. Having the desire to escape the city, Andrew moved to Evanston in February 2012, where he purchased the pharmacy in 2014. He loves Evanston for the great community feel as well as the surrounding beautiful country. He loves pharmacy because he loves the relationships he forms with people as well as the challenge of solving medication problems. Andrew specializes in innovative solutions through compounding. He has attended many trainings sponsored by Professional Compounding Centers of America (PCCA), American Academy of Anti-Aging Medicine (A4M), and WorldLink Medical. Illustrative of his commitment to innovation, he won the 2019 Wyoming Pharmacist’s Association Award for “Excellence in Innovation.” 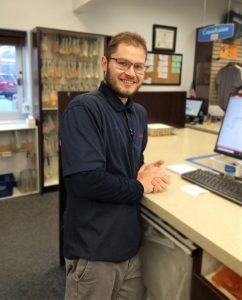 Zach Fitch grew up in Atlanta, GA where he studied and developed his passion for helping others. He did his undergraduate work at Georgia Southern University and his graduate pharmacy degree from Philadelphia College of Osteopathic Medicine. He moved to Evanston in 2018 and has loved it here ever since. He enjoys the small-town feel that Evanston has built as well as the sense of community that he has been fortunate to be a part of. Zach enjoys working at City Drug for a plethora of reasons but mainly because it has allowed him to utilize his knowledge in order to help better the lives of the people here. Aside from his enjoyment of work, he enjoys spending his free time outside hiking, biking, and gardening. When it’s cold, Zach enjoys watching movies, playing video games and listening to music with his cat. 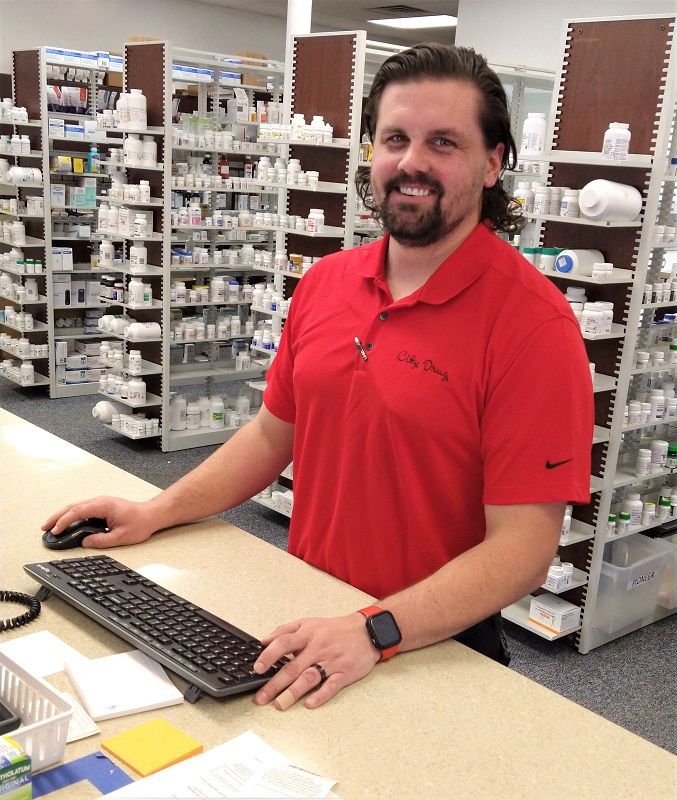 Pharmacy has been a part of Ian’s entire life. He remembers going to work as a child with his mom who worked as a pharmacy tech at a local pharmacy in Utah where he grew up. He would help stock shelves and fill vials. It’s there that planted the seed of love for pharmacy. Ian became a pharmacy technician in 2004 and has worked in a pharmacy ever since. He attended Roseman University of Health Sciences College of Pharmacy and graduated in 2013. He learned his passion for compounding and the benefits of proper medication adherence. He worked as a pharmacist in Idaho for 9 years before moving to Evanston and beginning work at City Drug in 2022. He feels that his many years of experience in several pharmacy settings has helped him gain knowledge and skills as a pharmacist and he is excited to bring this expertise to City Drug. He loves working close with people and helping them achieve their best health. He has a wife and 3 beautiful kids. He loves the small town feel of Evanston and the close-knit community it provides. He feels lucky to be a part of it. 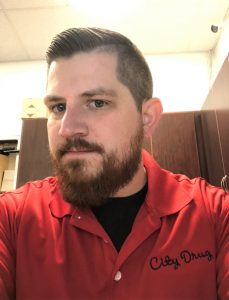 Steve Cannon graduated from West Jordan High School in 2009. He spent three years after high school working with people who had developmental disabilities. In 2012, he decided to move to Evanston and begin his career as a pharmacy technician in training. He received his certification through the National Pharmacy Technician Certification exam. He has worked for City Drug for almost 10 years and his specialty is long term care and medication compliance. Steve has a wife named Lexi and two young children. They love living in Evanston because they love the people of this community and the opportunities they have had while building their lives here.

Font Resize
Contrast
Accessibility by WAH
Call Us Text Us